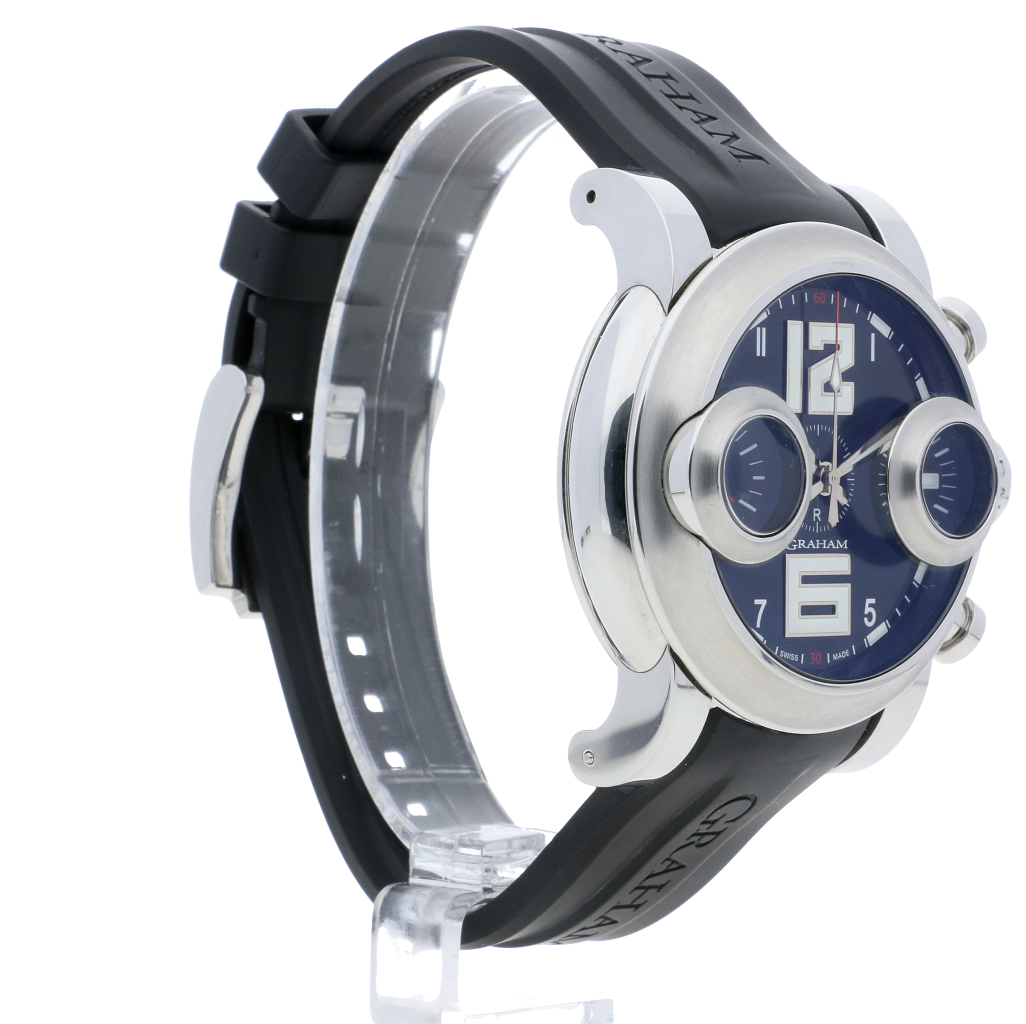 About the Graham Swordfish Chronograph (27)

Post-Refurbishment Images Stock No. 27 Graham is an unrepentantly English name for an exquisitely English watch. If you're interested in the minutiae of watchmaking, Graham was the surname of George Graham, born in 1673, the master watchmaker who lived in Fleet Street in London. London was definitely the place to be if you were interested in watchmaking in the 17th and 18th centuries. A highly developed city, it had a business culture, the world's first scientific society and a navy all of which had pressing timekeeping requirements. Like many Brits before and after him, Graham was more interested in generating lots of ideas than in making money. He created several inventions but never patented any of them. For example, he created the first stopwatch. He devised a mercury pendulum system for making clocks more accurate in very hot and very cold weather. He also invented the dead-beat escapement which made clocks more accurate in general and built the master clock for Greenwich Royal Observatory. The escapement he invented is today simply known as the Graham Escapement and still used in high-precision pendulum clocks. It is actually a predecessor to the Swiss anchor movement almost universally used in wristwatches. George Graham's curious inventions are the inspiration behind our watches.

Why not part exchange?

All you need to do is contact us via email with the product code of your watch along with photos, any other items like the; box, papers and warranties if you have them. We will then get back to you with an estimated valuation(this may change based on the condition of the watch). If you're happy you can then send the watch to ourselves, as soon as we have received your watch, we can confirm the fair price we are willing to give. If you agree to go ahead, you can have your new watch by 1 PM the next day it's that easy.

If you have any questions about part exchange please contact us.

Based in picturesque Newark-on-Trent, Andrew Michael’s Jewellers have served the town and surrounding area for over thirty five years. The business has provided excellent and reliable customer service and has ensured a steady expansion to nationwide jewellery supply with a team of experts on site in order to deal with all requests.

Our reputation is centred on tailored advice to suit each customer and unique personal service to guarantee complete satisfaction with every purchase. Our stock ranges from flawless diamonds to rare and exclusive watches, and everything in between. Our belief that every purchase, no matter how small or large, is just as important, helps explain why we draw customers from all over the World in search of the very best deals on the very best quality products.

You have 14 working days (from the day after delivery of your watch to you) to cancel the contract for your order with us.

You will be refunded in full provided that the watch is returned in its original condition and with all associated items, including without limitation its box and any paperwork. It will be inspected on arrival and, if it is found to have been damaged, there will be an additional charge for any refurbishment or other works that are necessary to return the watch to its original condition. Customers are liable for any return postage costs and must ensure that the item is fully insured. We recommend that you obtain proof of posting.

Please see the returns returns section of our website for more information.

Unfortunately retail finance is not available on this item.

We Have Great Reviews

We also have great reviews on Facebook, Take a look 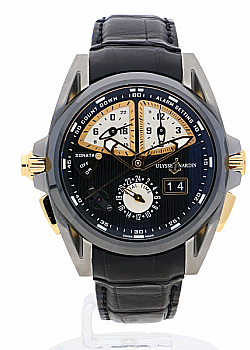 At AMJ Watches we work hard to make sure we give our customers the best prices possible across our full range of watches.

Price Match from AMJ Watches is our guarantee that if you see a lower price elsewhere we will match it subject to the conditions as listed below:

1. The watch is identical to the one listed on the AMJ Watches website.

2. The retailer is an authorised retailer.

3. The retailer has the watch in stock and is able complete delivery within 2 working days.

4. If you are applying for finance on the watch the retailer is offering identical finance terms to ours.

Call Us Email Us